Women in Tech: How to #BreakTheBias and Take Action in STEM Careers

To #BreakTheBias we need to know the status of female representation in STEM and recognise the women trailblazers that have changed the field. Above all, we need to give more opportunities to girls to study these careers and reduce the gender gap in tech. 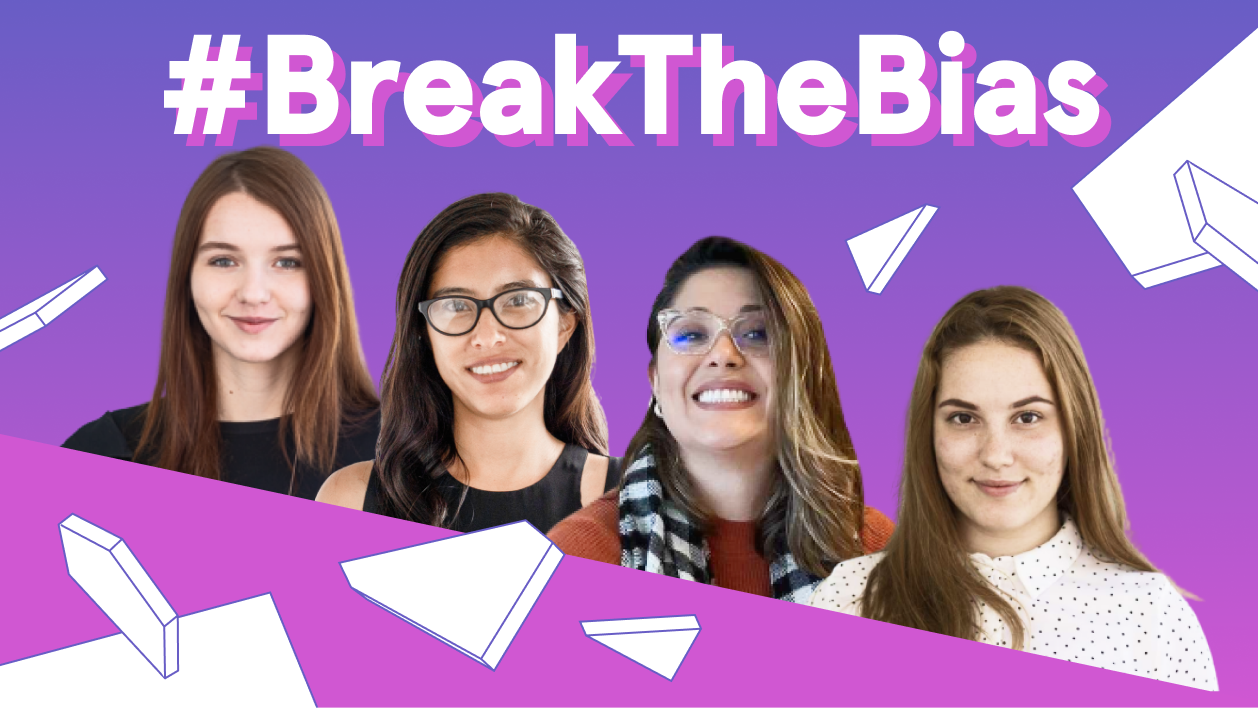 In 1908, 15,000 women marched in New York demanding, among other things, the right to vote, better pay, and shorter working hours. One year later, the first National Women’s Day was declared. Ever since, the fight for women’s rights has been unrelenting even though progress seems gradual. Today, more than a century after that first rally, women are still demanding a gender-equal world, free of bias and discrimination.

That is why this year’s International Women’s Day (IWD) campaign theme is to #BreakTheBias and make the world a more equitable and inclusive place for all. Nowhere is this cry for equity more relevant than in tech. Technology is the language of the present and the future. As Unicef’s review on gender and innovation states: “digital literacy is essential to thrive in the 21st century. Today, 90% of jobs worldwide have a digital component… (and) there is a large gap in women and girls digital adoption and use compared to men and boys”. This disparity in education between boys and girls has led to a direct disparity in the workforce between men and women.

To place an image in your mind, since Marie Curie won a Nobel Prize for physics in 1903, 572 men have won a Nobel for physics, chemistry, or medicine compared to only 17 women. Trailblazers exist, both past and present, and we need to remember and broadcast their accomplishments. These technological pioneers are the foundation for future female STEM innovators, entrepreneurs, and catalysts.

To #BreakTheBias we need to know the status of female representation in education and the workplace. We also need to acknowledge female figures that have either changed the world or are changing it today. Mostly, we need to set up ways to help the women of the future achieve a place in this technological world because today, every industry is a tech industry.

In high-income countries, even though women are more likely than men to enrol and finish a bachelor’s degree (PEW Research), these percentages drop when it comes to computer science, engineering, and physics. Globally, a UNESCO report shows that only 35% of STEM students in higher education are women. A research done this year by the National Girls Collaborative Project shows that even in high-income countries like the United States, only 20% of women enrol for a BA in computer science, 22% for a BA in engineering and only 21% for a BA in physics. It’s imperative that girls receive positive mentoring in STEM fields at a young age to stimulate their interest in those early years. To change the future, we need to encourage curiosity about tech in the present. We need to understand what is keeping female students away from STEM to know how to tackle the gap because this underrepresentation in the educational pipeline directly affects women’s opportunities in the workforce.

“Education systems and schools play a central role in determining girls’ interest in STEM subjects and in providing equal opportunities to access and benefit from quality STEM education”. Cracking the code: Girls’ and women’s education in science, technology, engineering and mathematics (STEM).

The first gender gap translates to an even bigger chasm in the workforce. According to Gartner's research, only 31% of IT employees are women. Deloitte also calculates that about 33% of the workforce in the global technology firms is composed of women. In 2021, Statista showed that women made up 20-42% of the workforce of the top tech companies (Google, Apple, Meta, Amazon, and Microsoft). These gaps are continuing to occur even when large companies have made pledges about being more gender diverse and having programs in place for years. In reality, representation only grew by 2 per cent from 2019 to 2022. What is happening in the workplace? It starts with recruitment and hiring, but it also has to do with inequality in retention, salaries, and promotion of the female staff.

Even before the pandemic, women in STEM careers were more likely to leave their jobs within the first five years. Their reasons include lack of role models, having to deal with a “bro-culture”, feelings of isolation, disparities in salaries and promotions, being judged negatively by their male peers, and sexual harassment (43% of women working in tech experienced harassment).

Women want more (equal) pay and better leadership, but equally important are having a work-life balance and a respectful environment to work in.

What can companies do? These top 5 factors were identified by women in tech as factors that would have encouraged them to stay with their previous company, all of which are tied to culture and fair treatment:

The sample of women in the Tech Leavers Study included a total of 594 women, 67% were White or Asian and 33% were Black, Latinx, or Native American/Alaskan Native. Source: 2017 Kapor Center. All Rights Reserved.

A 2021 McKinsey study shows that the disparity between men and women begins as early as the first promotion opportunity because even though women account for 48% of entry-level hires they only account for 41% of first-level managers. The few women that thrive make up less than 25% of the tech industry’s senior leadership roles and they earn about 10% less than their male counterparts. Even worse, according to the Deloitte study, after the pandemic, 51% of women feel less optimistic about their career prospects now than before the crisis broke out because they feel more burned out and have to deal with more micro-aggressions. Finally, the biggest gap is among female and male tech entrepreneurs. As of today, only 5% of start-ups are owned by women. According to Fundera, women receive only 7% of venture funds for their start-ups.

Nevertheless, there is always hope, and as past and present trailblazers have proved women’s power and equal ability will #BreakTheBias once and for all.

#BreakTheBias PAST AND PRESENT TECH TRAILBLAZERS

Did you know that the first computer programmer was a woman called Ada Lovelace? Or that the person that inspired the Bluetooth, Wifi, and GPS technology was also a woman called Hedy Lamarr? It’s a fact that if we celebrate the achievements of women in tech more women will feel empowered to follow their steps. Here are some of the past and present STEM trailblazers that broke and #BreakTheBias.

Past Trailblazers that began to #BreakTheBias At Harbour.Space we believe in a more equitable and inclusive world and we are committed to #BreakTheBias. We want to reduce gender inequality with education. Last year Harbour.Space awarded more than €412,000 to 25 students from all over the world. And this month, for the second year in a row, we are granting the “Women in Tech Scholarship”, an economic award that helps girls launch their careers in tech, entrepreneurship and design. We do this because we believe it's important to build a tech industry that is inclusive and free from gender bias.

These are a few testimonials of Harbour.Space's students:

“This opportunity has changed my life in so many ways because it has made me more confident in pursuing my career in cyber security… I empower women by doing things that I enjoy and not worrying about how I’m being perceived because of it. I think that plays a role in showcasing to other women that it’s OK to do things that make you happy. Finally, Harbour.Space has helped #breakthebias by empowering women to go into the tech industry and giving them opportunities to showcase how passionate they are about the industry itself”.

“First of all, the scholarship allowed me to move to Barcelona which is an amazing city. [This move] has brought me a lot of quality to my life, but, most importantly, it has given me the opportunity to be part of the Harbour.Space environment and community. The connections that I’m making here are priceless… I believe I can empower other women by using me as an example. They can see me as a person from a developing country that got a scholarship… [and is now] studying, working, hustling every day and being happy”.

“This opportunity has given me a sense of direction… I [#breakthebias] by making sure I acknowledge women around me. I [see] their achievements, support them, and most importantly, celebrate them. Harbour.Space’s inclusive culture allows me to express myself freely. Here I am seen, heard, and respected regardless of my gender”.

“This opportunity has changed my life because I am living my dream right now. Barcelona [is a city] that inspires you and makes your creativity flow. I #breakthebias by being myself without thinking that anyone is going to judge me. I know I can do whatever I really want to do… and when other [women] see you doing it they believe they can do it too”.

So, if you want to take that next step in your career and are passionate about any of our programmes don’t ponder any longer, you have until March 31st to apply and receive up to 50% off your tuition fee and a reduced application fee. Also, if you know someone that might benefit from this opportunity, share this information with her and invite her to study with us! Take this opportunity, join us at Harbour.Space and together we’ll #BreakTheBias!

If you enjoyed this article, are interested in studying with us in Barcelona or Bangkok and want to learn more about studying abroad, check out these articles:

If you are interested in other programmes take a look at Harbour.Space’s website to see which ones might help your professional development.  If you have any inquiries or thoughts, you can write to us at hello@harbour.space. 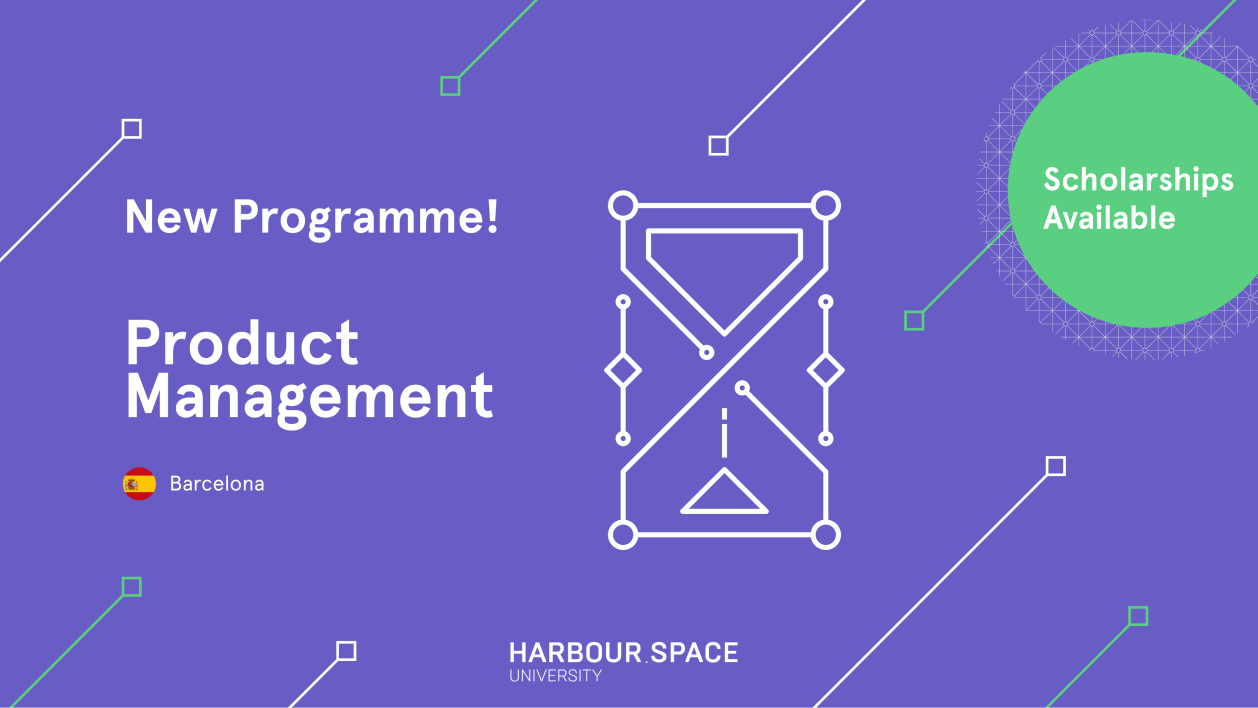 Secure a Job for the Future: Learn to Be a Product Manager

Do you want to be part of a product’s cycle from beginning to end and solve customers problems? If you answered yes, check out our new Product Management programme and make your dream job come true. 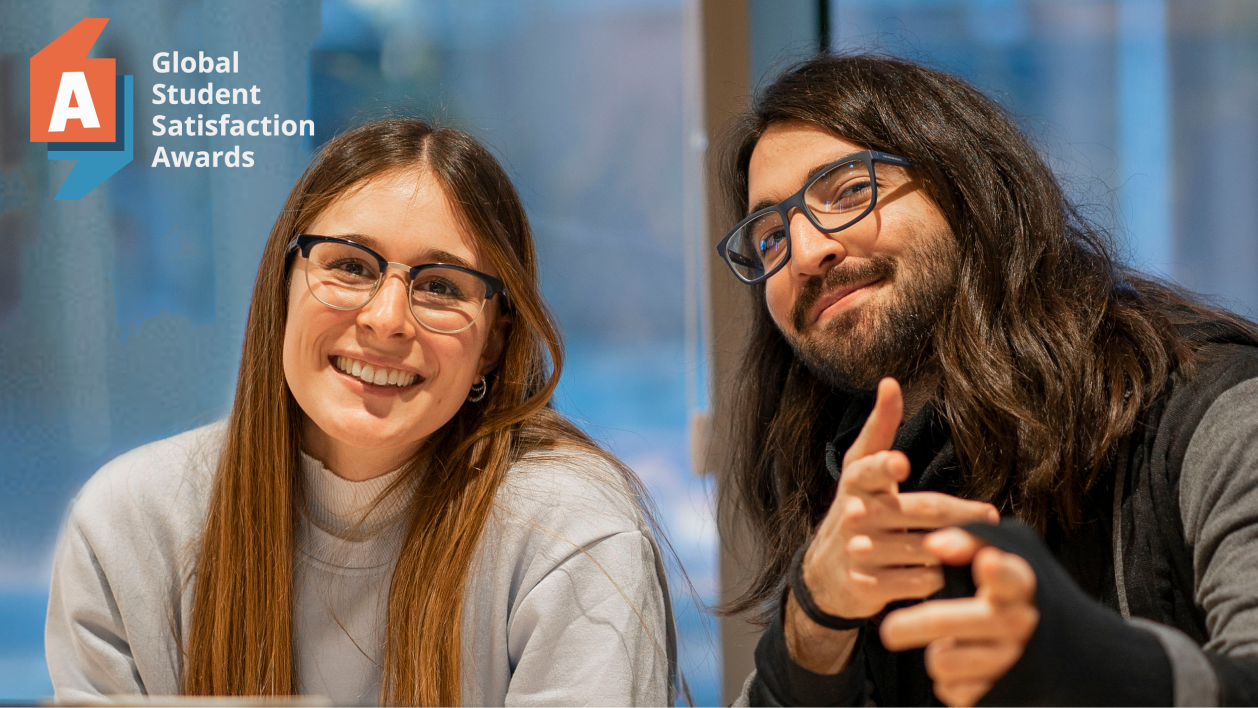 Harbour.Space Receives 8 Badges of Excellence at the GSSA

This year, Harbour.Space received 8 badges of excellence at the Global Students Satisfaction Awards and is one of the top-rated universities in the world in the category of “Student-teacher Interaction”.