4 Types of Data Biases (And How to Avoid Them)

Bias is one of the reasons that an exact science like statistics can mislead people. Therefore, it’s important to see that how information is presented affects the perception of people. In this article, we’ll look into how bias can mislead people, and give you some advice so that you don’t become a victim of data bias.

During World War Two, the allied forces wanted to add protective armor to their war planes. Because resources were scarce, they couldn’t add armor to the whole plane.

To decide where to allocate the armor, they looked at planes that got shot but still made it back home. These planes had no bullet holes on the engine or cockpit. With this in mind, they placed armor everywhere on the planes except for these two areas.

Luckily, mathematician Abraham Wald spotted a flaw in their thinking. He noticed that they only analyzed the planes that made it home safely, but overlooked the ones that didn’t.

The planes that were shot but still made it back were obviously not shot in fatal locations, otherwise they would not have made it back. The bullets had only caused minor damage.

So, Wald recommended the military attach armor to the areas where the surviving aircraft had no bullet holes instead.

By analyzing the planes that had failed, Wald birthed the idea of the survivorship bias -- and most likely saved many lives.

What’s the main takeaway here? That bias exists in the most unlikely of situations. It’s one of the reasons that an exact science like statistics can mislead people. Therefore, it’s important to see that how information is presented affects the perception of people. In this article, we’ll look into how bias can mislead people, and give you some advice so that you don’t become a victim of data bias.

Let’s have a look.

Selection Bias occurs in research when one uses a sample that does not represent the wider population. This could happen if the sample is not diverse or random enough.

Example: A study states that “81% of bank customers would prefer mobile banking if it were available.'' If this research was carried out only with people on their mobile devices, for example, the results of this research are flawed, because the sample is not diverse enough. The sample would be more diverse if it also included desktop users.

Loss Aversion is a common human trait - it means that people hate losing more than they like winning. We all hate losing even in cases where the end result of the loss is the same as the win. We will do anything to not  lose, even if it means not winning either.

Example: If you ask someone if they’d rather drop $2 they already have or find $2, they would be happier keeping their money rather than winning.  Someone would rather not lose $2 than win $2.

When presenting information, people present the data in a way that highlights the good aspects and plays down the bad ones. People will favor the information which makes them seem better, and this can be a big problem, especially for an amateur investor/shareholder.

(NOTE: This is why marketing is such a lucrative industry. Most DIY investors make decisions based on their emotions, and without considering all the facts.)

The first option portrays the company in a bad light, whereas the second option is much more positive. And this sort of framing is quite common.

This bias is more focused on the psychological effect of data. Pre-existing information influences how someone might feel about another piece of data.

Objectivity is extremely important for statistics. If a study is subjective, it will not hold any weight in the scientific community. Therefore, it is very important for anyone working with data to make sure that they guard against bias as much as they can.

One of the better ways to guard against the various types of biases is to look at ways that other people were influenced. This, in combination with critical thought, will make sure we don’t make the same mistakes as them.

1. Peer reviews. They involve other people looking at your work, which helps make sure your data is objective from several points of view.

2. Involve multiple people in each stage of the study. This helps any specific bias to be contained to that stage alone, and will help make sure that it does not affect the rest of the study.

Recently, Netflix had its earnings report for Q3, 2019. In that report, Netflix had varying degrees of success, across multiple fields.

Netflix increased its earnings in the quarter by a large margin. In fact, the earnings were much greater than what both it and Wall Street had predicted. However, it missed the checkpoint for expected subscriber growth.

Now there are 2 ways this could be presented.

One would be to focus on presenting the earnings of the company compared to previous quarters and forecasts. The other would be to present the underperforming subscriber growth. This is a great example of Framing Bias - both ways of presenting the information would be true, but each one would have a very different effect on the readers.

Bias is present in every aspect of our lives. And sometimes it can actually be helpful. Take the case of stereotypes. While I do not encourage stereotyping anyone for certain characteristics, it does help for fast analytical thinking in specific situations that might otherwise take time, for e.g. when you first meet someone. When used in the right way, quick generalizations can be of benefit.

But the occasional use of bias in those situations does not justify the potential harm it can do to a study or research. Bias can twist data and introduce a lack of credibility in a science which prides itself on being extremely precise. After all, that’s how we maintain the saying, ‘data never lies’.

Inspired? We hope so. As our personal and working lives are profoundly shaped by technology, it's important to build a tech industry that is inclusive and free from any gender bias. ‍For that reason, we are committed to #BreakTheBias by offering up to 50% scholarships to women who apply to any of our programmes. Learn more about the scholarship here.

Read more about the status of female representation in education and the workplace in our blog: Women in Tech: How to #BreakTheBias and Take Action in STEM Careers.

Head over to our Instagram page for more cool content, or get in touch with us at hello@harbour.space to let us know what you thought!

For every large-scale project, responsibilities are usually divided and everyone is in charge of the task they are best at, coming together like pieces of clockwork to produce a final result above and beyond their individual abilities. So why has this new age of technology revived the need for individuals with a wider and more fundamental skill set in the workforce? 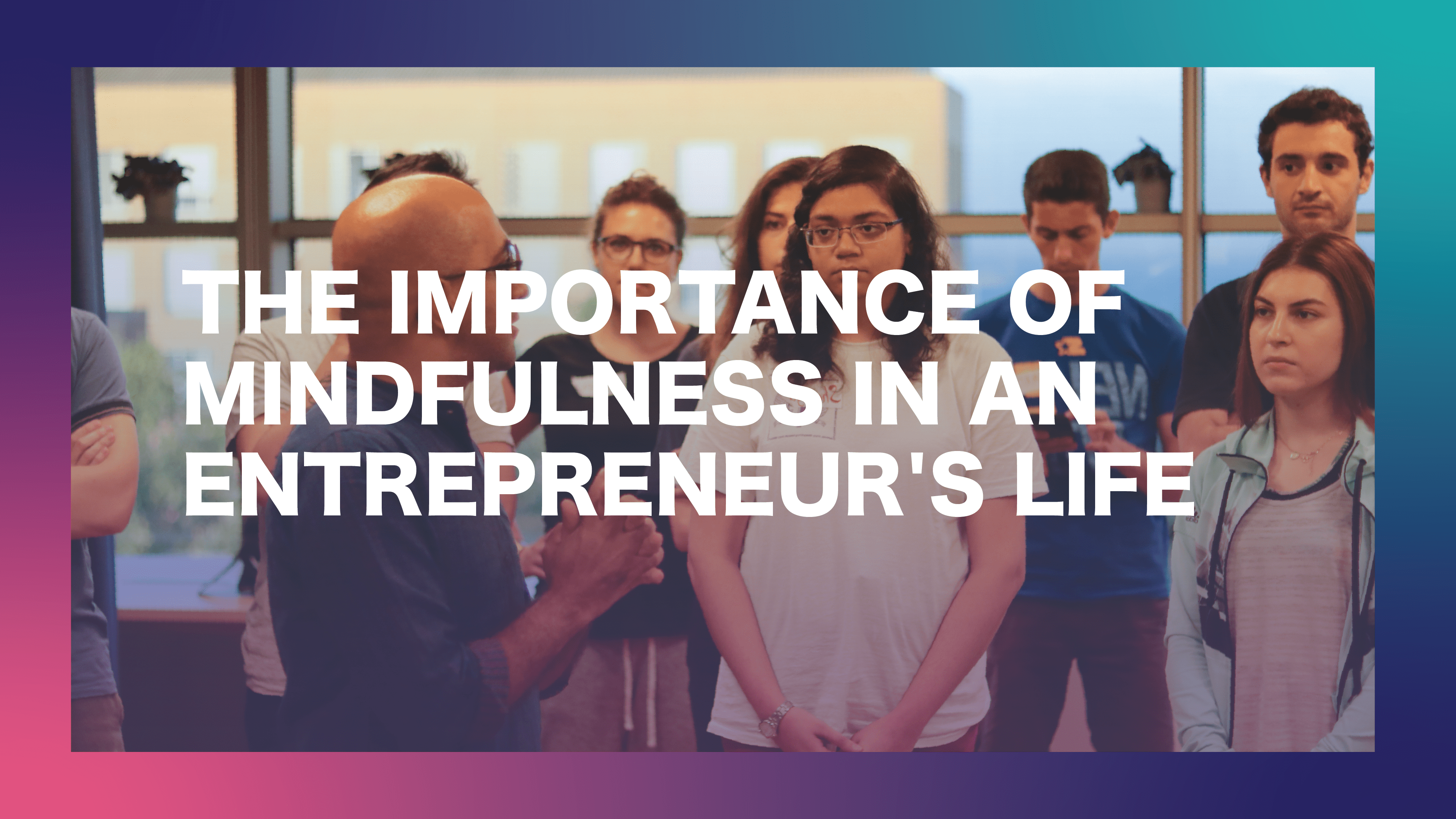 The Importance of Mindfulness in an Entrepreneur's Life

As soon as everything is top priority, multitasking is second nature, and sleep becomes counterproductive, you can safely say you’ve become an entrepreneur. Learning to be mindful of what this implies for you and your team can be a key factor for your success.