Timo is a Bachelor student in our High-Tech Entrepreneur programme. Timo is a perfectionist with big dreams - to create the perfect education system. But for the time being, he's created "Lenses". 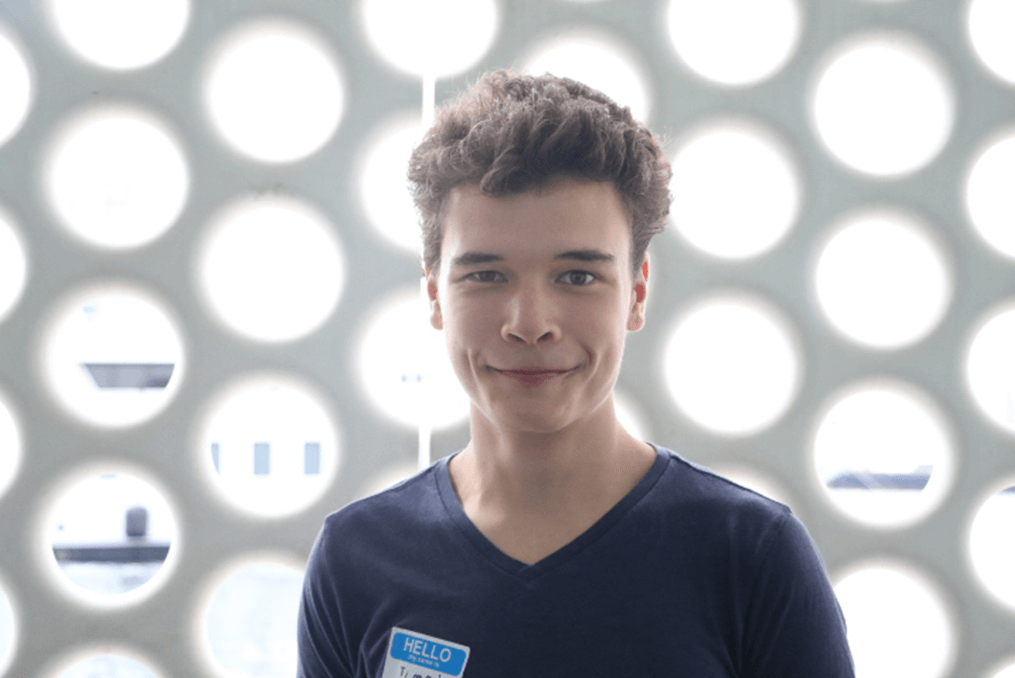 Timo released Lenses on his 18th birthday. Lenses is a six track music album, where each song is created based on the emotions produced from a different color – Yellow, Red, Magenta, Blue, Cyan, Green. Before you begin reading the text that follows, please find a pair of headphones and play the album by clicking on the link below; don’t worry, this blog post has been designed in a way that you can enjoy both at the same time.

We could tell Timo's story...but, as you may have guessed by now, he has a gift for expressing himself in a way no one else can, so we decided to let him do it himself.

I. Prelude – The Spark

I did music from a young age and tend to sing to myself all the time since I was pretty young. My parents always tell the story of my first year kindergarten teacher, telling them something like:

Every day, to see how he is doing, I just check if he is singing.

So.
At some point I felt like I wanted to create music and I started to try to analyze the music I was listening to. When I liked something, I tried to ask myself where that came from and how I could reproduce it. When I was about 10, I remember listening to pop music in the car and thinking:

This was especially true for David Guetta. I always admired his music. At that point, I realized that I really wanted to create my own music.

At 12, I absolutely hated the school I was in (I really can’t stress this enough). My parents made me skip the end of the year and they sent me to a boarding school in England for 3 months. There, I first met Garage-Band for iPad. I remember liking it but I did not stick to it that much. I came home. And my music making uncle and godfather told me that this program, with many more options, existed on the computer. I was really excited about this.
So I learned how to make music On Garage-Band. And accumulated project ideas over project ideas... I had a lot of them. A few years later (when I was 15) I went from GarageBand to Logic Pro X, the professional version of its little brother.
Logic Pro was much less intuitive, so I started learning everything on how to use it on a great Youtube Channel (MusicTechHelpGuy).
Fast forward somewhere around October 2015. I had probably around 150 DAW projects at this point. But what I really wanted was to do a full music project. I was very frustrated. At this point, I could already show a no-lyric electronic music prototype to people, some of them were pretty impressed.
I realized I wanted to make music that actually was deliverable! I was really frustrating to not have anything up there while working so much on music with no objective. I think one part of what I wanted was to prove to the world and to myself that I could actually do it.
That brings me to Lenses.

I was bored in a physics lesson, we were studying additive synthesis. And before, some person had joked to me that I could do a music album. At first I was like "too much work". Then I seriously thought about it.
I did not want to start anything this big without an original concept I would really like…but then, I realized, the concept was right there in front of me. 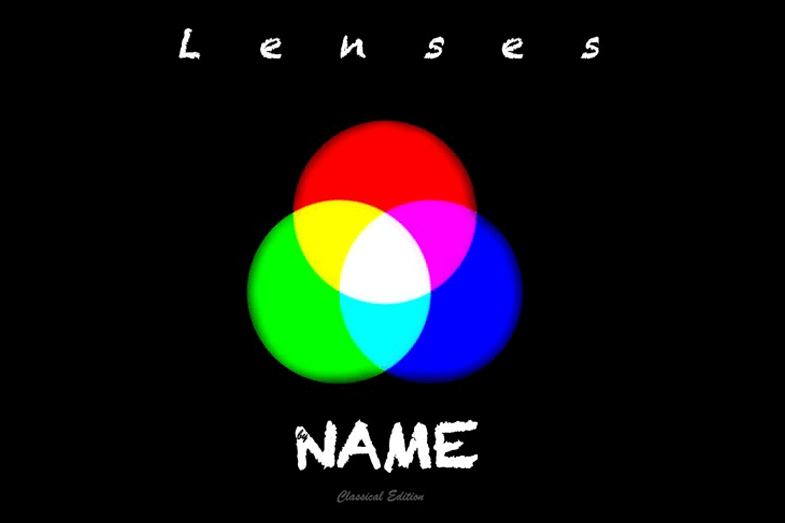 I imagined, while looking at the diagram we were studying: A Venn Diagram of the 3 primary colors of light and 3 secondary colors with a white spot in the middle.
I could do a Blue song, for example. With emotions associated with blue. When I asked people, these emotions came up: sadness, melancholy, vision of a night sky or ocean deep waters. Then I could do a Red song; violence, blood, war, passion. Now with this, I could do a Magenta song in the middle, fusing both Red and Blue emotions. And I would follow the same concept for the 3 remaining songs.

The concept of Lenses was born. It was huge. An immense mountain to climb. Now I told myself that I was going to mentally carve stairs to the top of this mountain; that meant making sure that each step is realistic. After which, the project will obviously and logically, be entirely possible to build. Not easy, not simple, but doable. That's what I did: I kept track on a weird table to-do list and an Excel sheet. 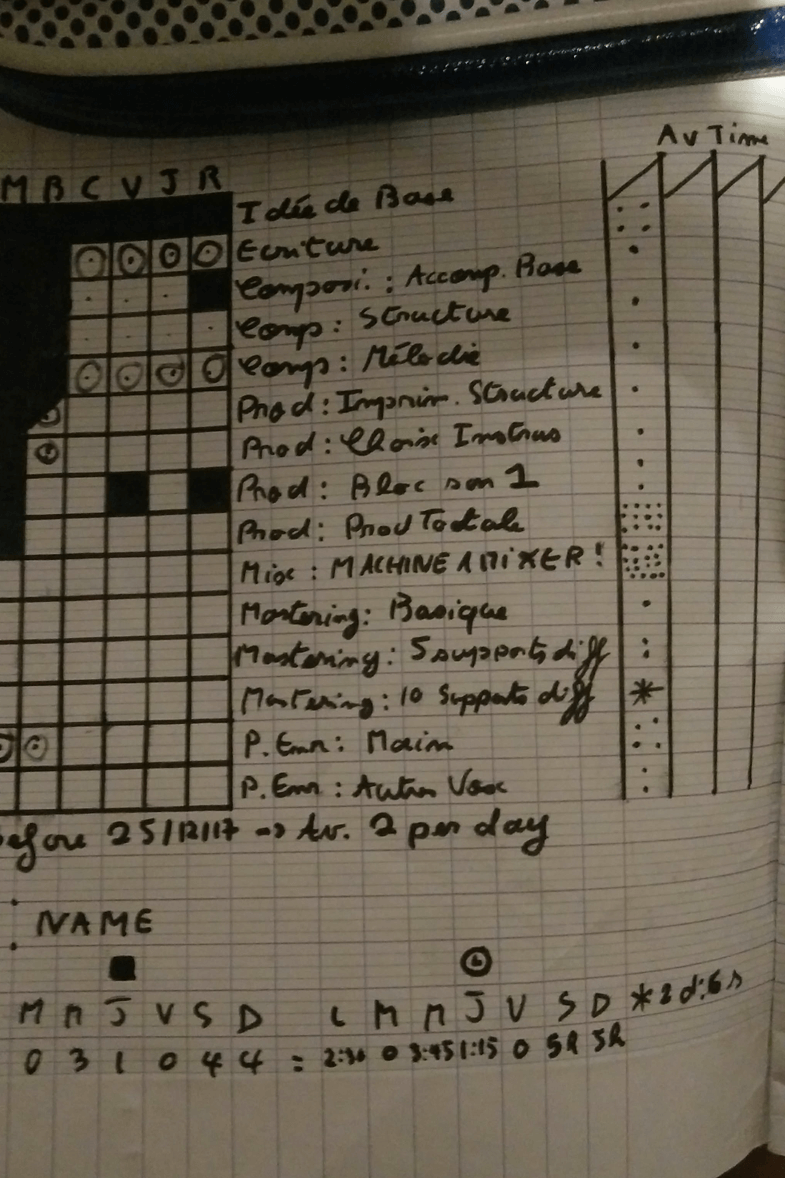 I started to build the album... constantly giving myself very demanding deadlines. I started planning and slowly, I started creating.

I had originally saved to build myself a strong gaming computer to build a Minecraft-based Youtube channel. I took all this money and built myself a home studio.

Some things were really hard, like recording my first song for the first time. The trust I had in my voice was very fragile, and the pressure I was putting on myself was to have something that could hold its own in the professional pop industry. Actually, better. So I wanted a good voice. And singing is extremely psychological, if you don't trust your voice, you sing much worse than if you trust it, then you can sing to your full potential. And I didn't trust it, made me fail, which made me trust it even less. It took me 9 months with around 5-8 sessions of recording sessions 2 to 4 hours to finally get my voice "right" on Magenta (still not completely proud of it). Then I lost my computer. And I had to re-do it but 3 months after it was done and nice. 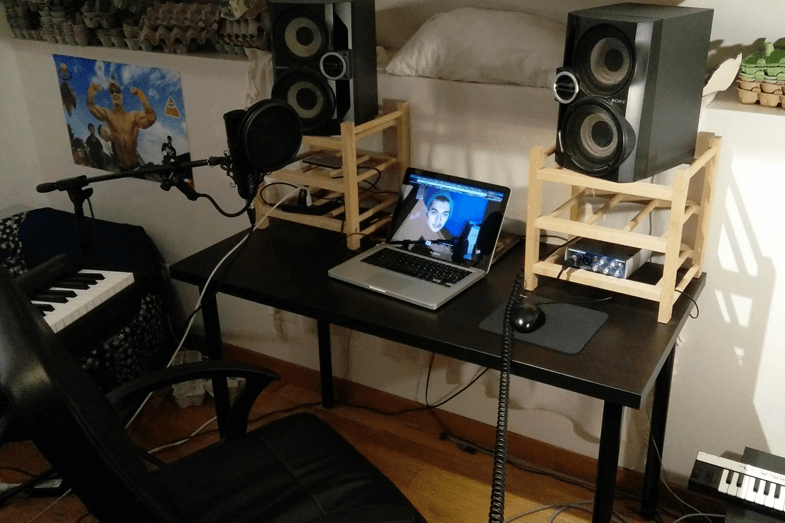 Two years after I would tell people that making this album was 80% pain, 10% hype and 10% "I'm feeling good about what I'm doing right now". I still think these numbers are true. It was really hard. The funny thing is, 1 year in the process of making it, after having already spent hundreds and hundreds of hours into it, I realized I had no clue why I was doing all of it.
I'd tell my parents:

It was becoming clearer and clearer to me that I wanted to make the world a significantly better place during my life time. I thought, another music album, even if very original and very good, would not bring anything really positive to the world. It was already really hard to make this music album, but it was also meaningless.

To this day, I haven't heard of anyone younger than me who has done all the work on a modern, well produced, mixed and mastered (my opinion) music album. The youngest person I heard of was 10 years older. That made me proud too. Who knows, maybe I have a world record!
Anyways, I'm still working on it right now - re-producing, re-mixing, remastering it. Kind of when I want to, because, yeah, for the most part, I was very critical of my work, but there were times when I liked what I was doing…more than that, actually! 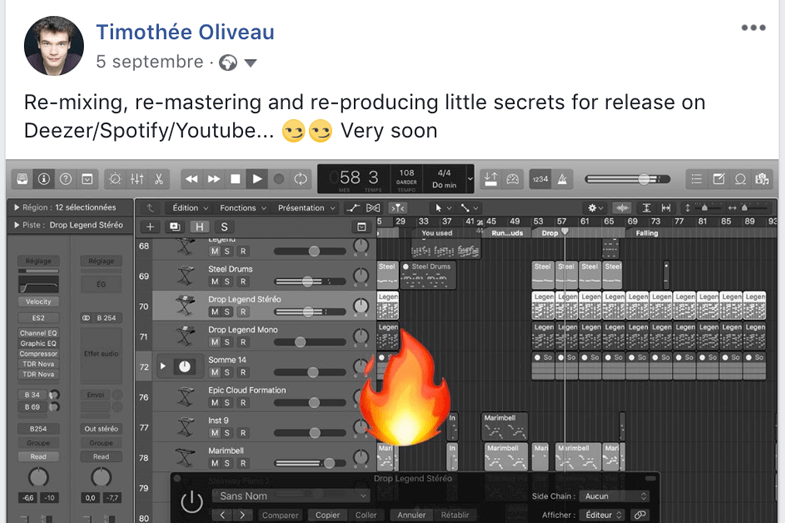 Sometimes, I felt super energized, super proud and dancing to my own songs and loving them, as a listener. And that felt great.

VI. Through the Lens

Every song has some hidden features! In every song you can hear the theme of the next song in the album, which is played by a music instrument or sometimes even sung by the voice. Sometimes it's obvious, sometimes it's more hidden. In every song, one or multiple time, you can hear : "do4 do5 sol4" (transposed in different things) on a bell like or piano instrument. This is what I call my MIDI signature. In every song, you hear my "voice signature" "his name is NAME". I had chosen this name because I wanted anonymity but now, I'm thinking one of uses of this album that to exist would need it to be linked to my name. Special thanks to Makayla Laluha for the tremendous help on the lyrics. She made me feel like my lyrics were not plastic and that I could actually make something cool. And she gave me the precious feedback of a native English speaker and songwriter. I’d like to close with a something I’ve learned over time – it was awesome, I’m so proud of it, but,

As expected, it took much longer than expected.

It may have, Timo, but it was worth it.

You exemplify humans' limitless capacity for growth, and we are very excited to have you with us.

Timo is a Bachelor in our High Tech Entrepreneurship programme. Check out his music on Soundcloud, or swing by Harbour.Space to say hello. 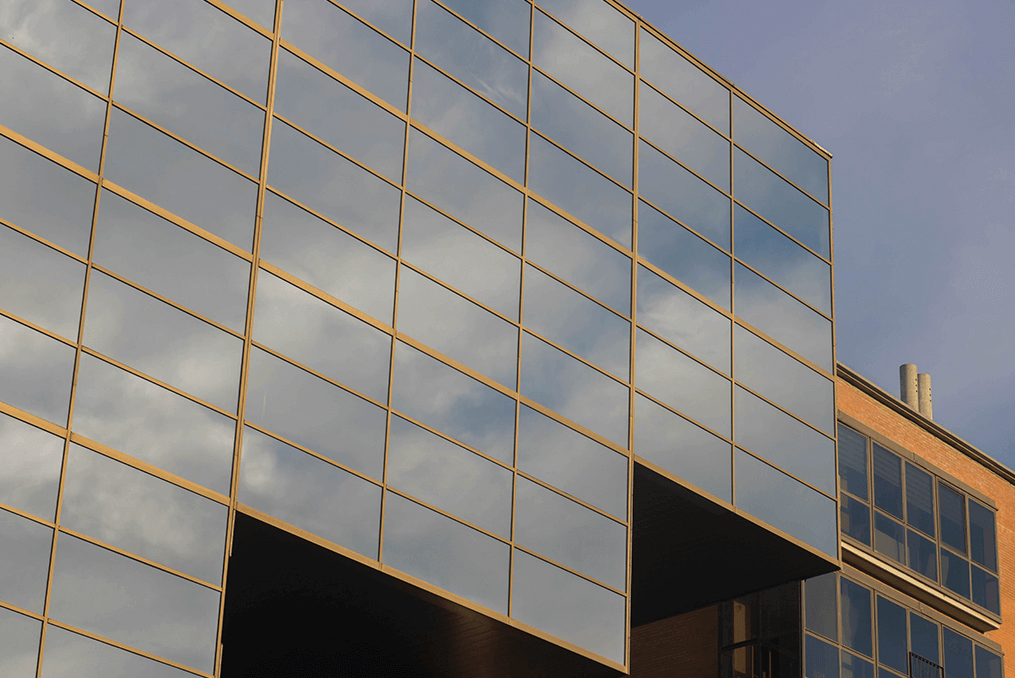 Harbour.Space has just signed a long term lease to move into a new campus near Port Olimpic. "The plan is to start welcoming students in June 2019", says Svetlana Velikanova, Harbour.Space CEO. "Our goal is to create an international hub for future stars in design, technology and entrepreneurship, or "Designtechpreneurship" as we like to call it.” 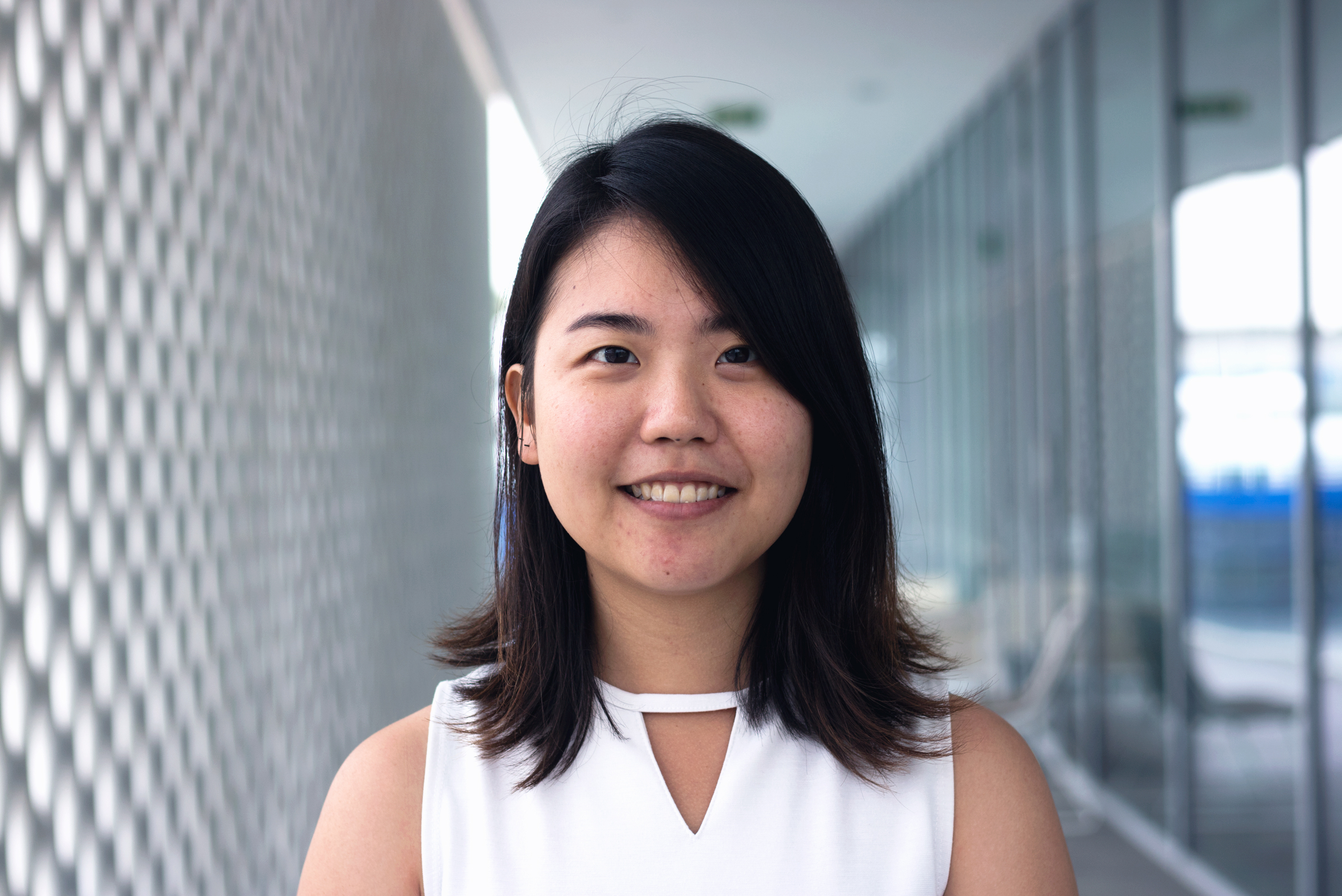 Yiwen is like those golden childhood memories you have, where, although you know that your entire childhood can’t have all been as cheerful and lighthearted as you remember it, those moments of happiness and positive energy are what characterise it.